Glen Campbell’s Kids Still Not Allowed to Visit Him 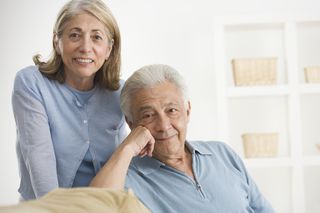 In May, the governor of Tennessee signed a bill providing that family and friends cannot be prohibited from visiting someone by a guardian or someone who has power of attorney without a specific court order. The law is known as the “Glen Campbell/Peter Falk Bill” after two celebrity cases where family access was denied.

Glen Campbell suffers from Alzheimer’s disease and is under the care of his fourth wife in Nashville. Despite the existence of this law, Campbell’s children claim they are still being denied access to their father by the fourth wife.

An online fundraising page has been created to raise funds for their legal case Fox News reports in “Glen Campbell's kids say they can't see their dad, fans raise money.”

This is an unfortunately common occurrence.

Caretakers who do not get along with the family members often deny those family members access. Sometimes it is just done out of spite. However, it is also often done as a way to hide elder abuse and undue influence over someone’s estate plan.

Family members who are denied access have no way of monitoring to make sure their loved ones are being looked after properly. Tennessee took an important step by passing this law, but it is clear that more still needs to be done in that state and throughout the country.