Another Aspect of the Estate Tax Debate: Income Inequality? 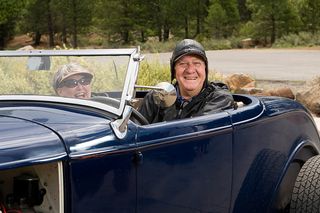 It seems we’ve been hearing the terms "income inequality" or "wealth inequality" frequently used  in recent years to describe a growing economic trend of wealth concentration among a shrinking segment of the population.

These terms are now commonly used: from the work of economist Thomas Pikkety, to the Occupy Wall Street Movement, to every speech given by Senator Bernie Sanders, and even to the pages of The Economist. While we like to believe that everyone has a fair shot and that hard work is rewarded, a new study out of the United Kingdom raises some doubts.

Recently reported in The Independent article titled "Inherited wealth will decide how rich young people will become, a study warns," the study suggests that due to rising home prices, stagnant wages and diminishing pensions, the wealth of young people will not come from their own hard work. Instead, it will be primarily determined by the inheritances they receive from their parents.

Although this study was conducted in the United Kingdom, many of the same sentiments and perceptions also exist in the U.S.. In the U.K., this is prompting many young people to oppose estate tax cuts or repeal. As one liberal Democrat was quoted as saying, “It cannot be right that the wealthiest families amass vast fortunes, while millions of young people see their incomes fall and home ownership slip out of reach.”

As the new Congress and President Trump undertake discussions about the future of the estate tax here in the U.S., the debate may turn at some point to discussions of income inequality, wealth concentration and the potential social role of estate taxation.