Trump’s Choice for Secretary Has a Dynasty Trust 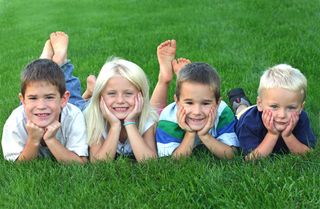 President Obama has repeatedly asked Congress to address dynasty trusts. These are trusts designed to keep wealth in one family for many generations. Properly designed and administered, these trusts can help to legally avoid paying estate taxes for generation after generation, while continuing to generate wealth.

Some lawmakers view this as taking advantage of tax loopholes,  while others believe that allowing dynastic wealth for generation after generation is bad in itself.

For his part, President Trump would make such trusts a thing of the past. He has said that he would eliminate the estate tax entirely, which makes dynasty trusts unnecessary.

His choice for Treasury Secretary Steven Mnuchin, however, has brought the issue to the forefront,  since it has been revealed that Mnuchin created a dynasty trust for his family.

This is reported by Financial Advisor in "Trump's Treasury Pick May Have Used Tax Loophole Obama Attacked."

It is actually true that dynasty trusts exist because of something of a loophole.

Congress never intended for them to be created. For centuries, the English common law inherited by the U.S. prohibited trusts that violated the rule against perpetuities. This rule is extremely complicated and limits the duration of trusts.

When Congress last worked out the basic structure of the federal estate tax, it assumed the rule would be in place. At the time, the rule was the law in every state.

Over the years, however, several estates have repealed the rule against perpetuities in an effort to entice trust business into their states.

That made dynasty trusts possible.