Death Has Changed A Lot 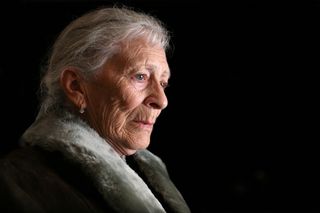 A long time ago, most people passed away in their homes. There were not many hospitals or hospices for people to go to, when they were terminally ill.

There are now many of those places and most people pass away in some sort of facility.

That has been both good and bad.

People generally like that they do not die as young and from as many diseases as people used to, but most people would still rather die in their homes than in a facility, as the Economist reports in "How to have a better death."

In fact, the majority of people are not happy that they cannot choose when and where to die.  People are often given life-saving treatment by doctors that they do not want.

At other times, people with little hope of long term survival are not given the opportunity to choose the timing of their own deaths, which leads them to linger on in pain.

This is the primary reason for the movement to legalize physician-assisted suicide, which is slowly picking up steam, as more and more states consider it.

Since it will not be an option for everyone for a long time, however, it is important that people take some matters they can control into their own hands.

Everyone should have advanced medical directives, at a minimum, that dictate what procedures doctors can and cannot use to prolong their lives.