Medicare Penalty Waived for Some 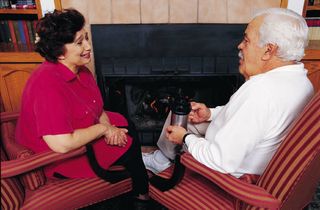 The federal government has always been particular about Medicare. Eligible people either sign up at the right time or they face stiff penalties, if they attempt to sign up later.

Elder law advocates have always thought that this was a harsh way to penalize many people who simply made honest mistakes and were not aware of those penalties.

Advocates' complaints have typically fallen on deaf ears, since the government was more concerned about cost controls. However, an important victory has been won for some who would otherwise face penalties for not signing up for Medicare on time.

NPR reports on this latest development in "Feds to Waive Penalties for Some Who Signed up Late for Medicare."

People who purchased their health insurance through the Affordable Care Act's marketplaces were not made aware that they needed to sign up for Medicare, when they became eligible.

When looking at the marketplace website, it appeared they were doing everything properly as long as they continued to purchase insurance on the marketplace. They have been granted a waiver of the penalties.

People affected will need to apply for the waiver. They only have until Sept. 30, 2017 to do so.

This waiver is only being granted to those who continued to purchase insurance through the Affordable Care Act, but it is an important step for many elderly people.

Reference: NPR (June 6, 2017) "Feds to Waive Penalties for Some Who Signed up Late for Medicare