« When Couples Split Up | Main | The Risks of Joint Ownership » 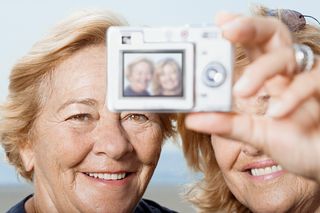 The situation where parents do not get along with their sons and daughters-in-law is a Hollywood cliché. TV sitcoms often feature running storylines featuring the cliché that play out over multiple seasons.

There is a reason for the cliché.

It is based in reality.

There is often tension between in-laws.

A recent example comes to us from the U.K., where someone wrote into a This Is Money advice column and asked how to protect a child's inheritance from a bad son-in-law.

The article title asks this question: "I have a terminal illness and our son-in law is unreliable with money - how can we protect daughter's inheritance?"

Instead of leaving a child an inheritance outright through a will, a trust can be used to protect the assets from a wayward in-law.

With a trust, you can make sure the money is only used for things you would want.

If your child gets divorced, the trust can also protect the inheritance in the divorce.

If you have an issue with your son-in-law or daughter-in-law and would like to make sure your child's inheritance is not wasted, then contact an estate planning attorney to get a trust.

Reference: This Is Money (Sep. 8, 2017) "I have a terminal illness and our son-in law is unreliable with money - how can we protect daughter's inheritance?"