It is not a secret that millions of Americans do not have enough savings to retire comfortably when they want. This leaves many elderly people in the workforce and often competing for scarce jobs with younger generations. It has the potential to create a drag on the amount younger workers can earn, which then makes it more likely they will not have enough savings for retirement.

It also means that the people without savings will not be able to leave inheritances for their children.

Figuring out how to fix these problems has not been easy. Bloomberg reports that a bipartisan commission has released some ideas in "High Earners Are Going to Hate These Retirement Proposals."

Some of the ideas include:

These proposals are recommendations only and are not pending legislation. 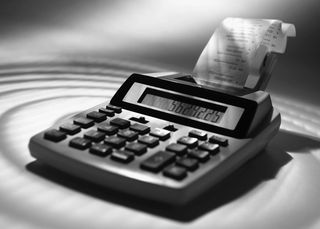 Because of America’s changing demographics and aging population, it is expected that the Social Security trust fund will be depleted by 2034 if current trends continue. That does not mean Social Security will cease to exist, but the benefits given to seniors would have to be reduced to meet the program’s income. Politicians have proposed several different solutions to this expected problem. Recently, Trust Advisor looked at one of them in “Can Taxing The Wealthy Save Social Security?”

The reviewed proposal is a simple one: raise taxes. Currently, any income an individual makes that exceeds $118,500 is not subject to the payroll taxes that fund Social Security. Politicians have proposed eliminating that cap and taxing all income. According to the findings of the article, the proposal would not solve the entire problem, but it would reduce the expected shortage by 88%. However, that number has been disputed. If different assumptions are made, then different results can be produced concerning the effectiveness of the plan.

Something will have to be done about Social Security, and it is likely that many different solutions will be offered in the coming years. It will be important to continue to assess whether the proposals could be effective or whether they are merely being made for political reasons.

File and suspend was an extremely popular strategy for people to increase their Social Security benefits, but as of April 29, 2016 it is no longer an option. That has left people reaching retirement age wondering if there are any options they can use to increase their benefits.

The first option is known as a restricted application. This is a limited option allowing those whose spouses have already filed for Social Security benefits to receive a spousal benefit while allowing their own benefits to continue increasing. However, this option will only be available for another eight years and it is limited to people who turned 65 years old before the end of 2015.

The other option is to carefully plan when you will start taking benefits to maximize your total lifetime benefits. This is a sound strategy, but imperfect.

To take full advantage of it you would need to know precisely how much longer you will live. In the absence of that knowledge your family history, health and lifestyle can be used to determine your chances of living longer than normal. The longer that you are expected to live, the longer that you should delay starting Social Security benefits to get the most that you can out of the system.

Contact a financial planner to help your run the numbers.

Reference: Investopedia (May 18, 2016) "Alternative Strategies to File and Suspend."

Japan has a real estate shortage. There are not enough available plots of land on the islands to build everything that the country needs.

The increasing elderly population in the county has overwhelmed the crematoriums.

One solution to this problem is called corpse hotels.

These are structures where bodies are kept until they can be transferred to a crematorium. In some cases, family members of the deceased can even visit the body in the hotel. Some corpse hotels are converted buildings in residential neighborhoods, which does not make the living residents very happy.

AOL reported this story in "Japan's corpse hotels upset some of the neighbors."

The U.S. does not have this exact same problem but does also have an increasing elderly population that may cause other problems.

In particular the U.S. will have to decide how to deal with a diminishing Social Security Trust Fund, long term care, and nursing home shortages in the near future. These are all potentially serious problems and if they are not addressed before the systems are overwhelmed, then the country will have a crisis on its hands, just not a corpse hotel crisis it is to be hoped.